On tour for women entrepreneurs

"You cannot be what you cannot see."

But when it comes to women-led enterprises in the Middle East and North Africa (MENA), role models are still in short supply: Only 6% of women in the region occupy top management positions. In fact, less than one-third of women are currently active in the workforce at all.

Yet these figures are changing. As the potential of scientific and technological innovations rises, so too does the number of women establishing tech startups in the MENA region. It was against this background that the SANAD Entrepreneurship Academy joined forces with nonprofit organization Womenpreneur Initiative to launch the “Womenpreneur Tour”: a first-of-its-kind awareness campaign to promote women leaders in tech.

“By putting female tech talents and entrepreneurs in the spotlight as role models, the Womenpreneur Tour aims to be a catalyst for positive change.”

From October to December 2019, the Womenpreneur Tour van traveled across Morocco, Tunisia, and Jordan to interview digital talents and bring together bright minds to explore the state of the Arabic startup ecosystem. All in all, the Womenpreneur Tour conducted 43 interviews with startup founders, established business owners, representatives of the local financial industry, policymakers, and experts in three countries. The goal was not only to map and connect women in tech, but also to discover the challenges they face and explore possible solutions. That is why the Tour supplemented these one-on-one discussions with an industry event in each country, where financial system players met to identify ways to facilitate investment in women in the form of capital, resources, and advocacy.

The results were telling. Women entrepreneurs reported facing obstacles as concrete as lack of access to financing, to more intangible hurdles such as cultural expectations. Yet one theme arose persistently. 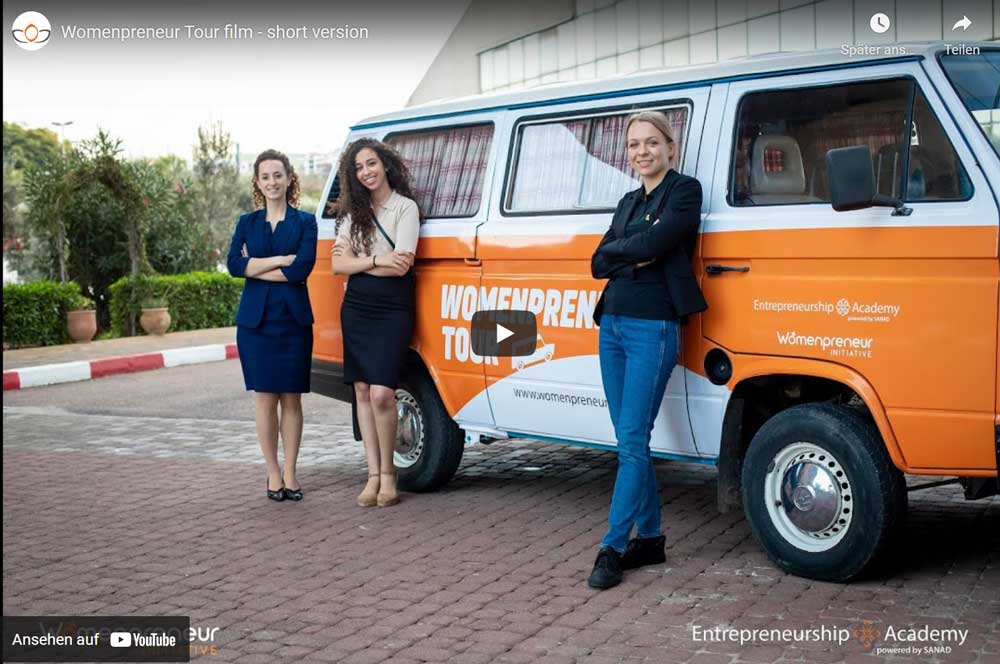 “Women still face a lack of access to funding and networks,” says Womenpreneur Initiative CEO and founder Sana Afouaiz. “But one of the most important issues in the region is mindset.” Jessica Bodmann of the SANAD Entrepreneurship Academy, who co-coordinated the tour together with Afouaiz, agreed on the importance of visibility in changing attitudes: “By putting female tech talents and entrepreneurs in the spotlight as role models, the Womenpreneur Tour aims to be a catalyst for positive change.”

Now, the Womenpreneur Tour is rolling out its findings in the form of video documentaries and an informational campaign.

Visit www.womenpreneur-tour.com for more information, including media and insights into how we can advance women in tech.